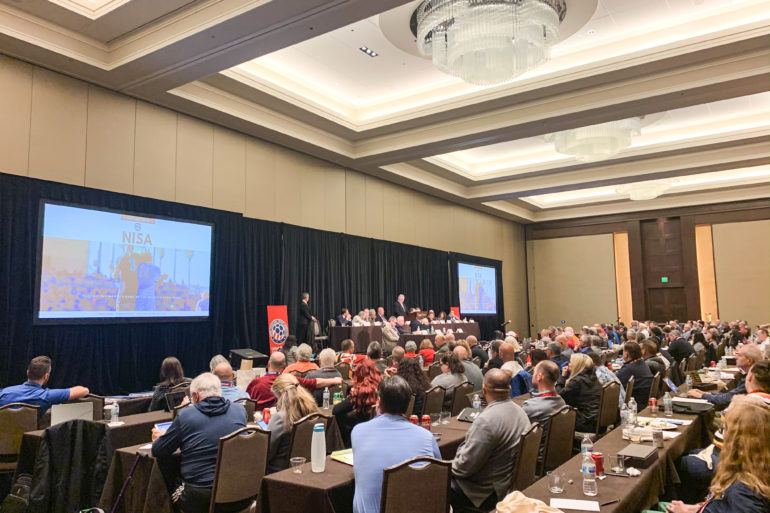 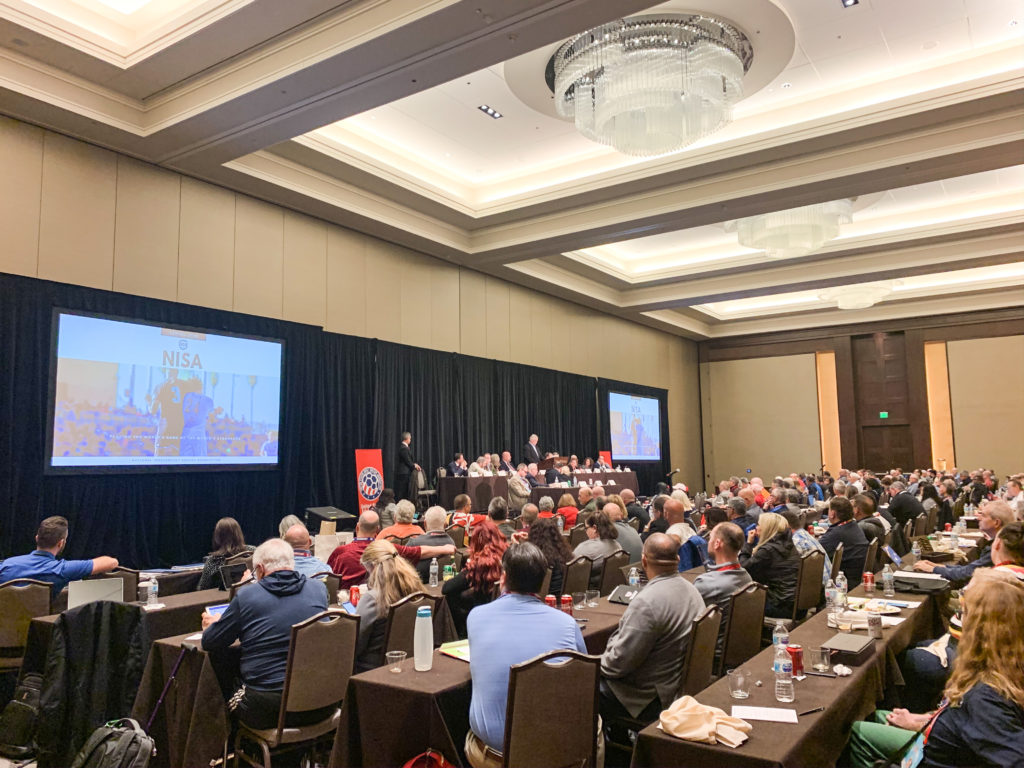 Earlier this month, the Annual General Meeting (AGM) of the U.S. Soccer Federation was held in Nashville, Tennessee.  It was a landmark occasion for NISA as the league was unanimously approved for membership on the U.S. Professional Leagues Council.  The recognition that NISA clubs are adding to the national conversation about pro soccer is of course substantial but also the fact that there are now close to three hundred people getting paid to do something they love and work in pro soccer whether as a player, coach or part of a front office was not lost on anyone at the AGM.

The other big news from the AGM from a NISA perspective was NISA Commissioner John Prutch had the opportunity to present the vision for NISA in front of the USASA. The USASA (United States Adult Soccer Association) is the only member of the USSF Adult Council, which is one of four councils that make up the USSF – the others being the Professional Council mentioned above, the Athlete’s Advisory Council and the Youth Council.  The Adult Council represents thousands of members (clubs) within the Federation.

The invitation to speak came from John Motta, the president of the USASA.  A prominent voice in soccer, Mr. Motta is a board member of the US Soccer Federation and head of the Adult Council that represents approximately 28% of the voting power of the USSF.

Historically, the USASA is best known for representing the highest level of amateur soccer in the U.S. which includes affiliated national leagues like NPSL and UPSL, leagues that have a presence in multiple states like the Gulf Coast Premier League and two women’s leagues in United Women’s Soccer and the Women’s Premier Soccer League.  State associations are also member organizations and are split into four regions.

The focus of John Prutch’s presentation to USASA was on opportunity.

It was the first opportunity for many leaders at the state level to hear NISA’s message first-hand from the Commissioner.  There were over 300 people in attendance.  Some of the comments presented to NISA front office members afterwards reflected how NISA’s vision fits with what states and regions are doing to try and grow the game and how a NISA club can be the final point of progression for players in their community.