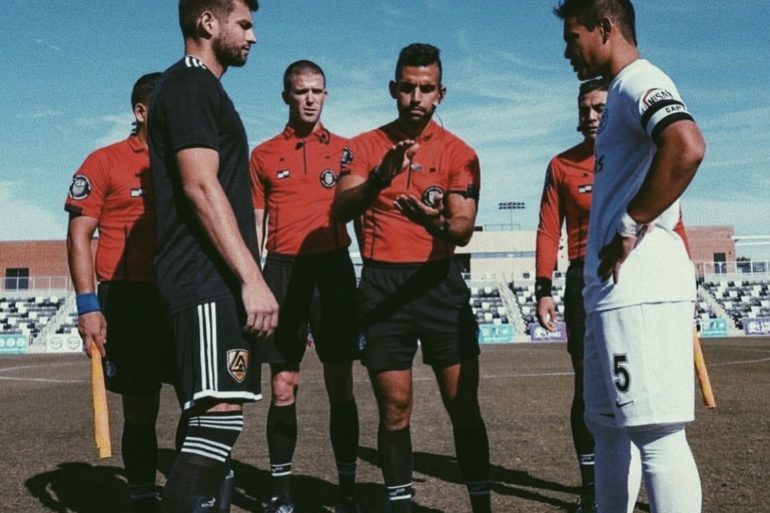 Last month, the National Independent Soccer Association announced the spring home openers for our eight clubs beginning play in the Spring 2020 Season.  NISA also announced that club owners decided to proceed in Spring with a single table and each club playing home-and-away against every other club.  The winter break is almost over.  Let’s get to the matches.

The LA Force finished atop the Fall Western Conference table with 11 points, prior to falling to Cal United in the West Championship on November 9. With just one loss in ten games, Detroit City FC won the Member’s Cup tallying 25 points. Looking just at on field performance in the Fall, the February 28 matchup between Detroit City FC and the LA Force is as good as it gets among the openers.

Both 1904 FC and Stumptown Athletic closed the Fall slate in the middle of the pack in each of their respective divisions. 1904 FC earned 6 points across 6 games highlighted by home wins against Cal United and a thrilling 4-3 victory over the Oakland Roots. Stumptown Athletic finished Spring with 12 points before falling in the east championship on November 10. February 29 will be the first meeting between these two of NISA’s founding members.

The Western Conference champion Cal United Strikers will open their Spring campaign on February 29 against the Michigan Stars. The game will also serve as the Stars first ever as a professional soccer club. Thanks to their Fall performance, the Strikers will head into Spring with a trophy already in hand. The Stars earned points in 4 of their 10 Member’s Cup matchups. How will they fair against the Fall’s best of the West?

When it comes to off-field performance, it is hard to argue that any club matched the Oakland Roots last Fall. Unfortunately, the Roots on-field performance did not reach those same lofty standards. The Roots will head into the Spring season with a clean slate and an opportunity to translate their off-field success into on-field results. You can bet that Chattanooga FC will be welcomed to professional soccer by 5,000+ when they travel to Oakland for the season opener.

1904 FC kick off their home matches at a new venue this Spring with the away team, Cal United Strikers, being Nineteen O’Four’s closest neighbors within NISA.  Making the 83.6 mile trek south, Cal United will hope to reverse the trend from the NISA Fall Showcase which saw each team in this match-up being dominant at home.  1904 FC have played four friendlies in 2020 as part of their pre-season and won all four matches finishing with a positive sixteen goal differential and having yet to concede a goal.  We’ll see if this form carries over when the games count for real.

Just over a year ago, Chattanooga FC sent shockwaves across the American soccer landscape when they provided fans across the world with an opportunity to purchase a stake in the club. It was the first endeavor of its kind within American soccer. When all was said and done, 3,000 investors bought into the club at a value of over $800,000. You can bet that Chattanooga FC’s 3,000+ investors will be eager to see what the Spring season has in store for their club and their first chance to see the team in action at home comes against Michigan Stars.

Founded in 1998, few American soccer clubs can claim the longevity of the Michigan Stars. Despite the club’s lengthy history, the 2020 season will be uncharted territory for the club as they wade into the depths of professional soccer. March 21, will serve as the date for the club’s first ever home match as a professional club, as LA Force do the opposite of most Spring Breaks and head north to Michigan for a visit.

The Northern Guard believe we have saved the best for last. Built in 1936, Keyworth Stadium was Michigan’s first Works Progress Administration project in the state. For years the venue aged and decayed until 2016 when the Detroit City Football Club brought new life to the historic venue. Through a crowd-based investment program, Detroit City and its supporters raised $741,250 to restore the historic stadium. Today, Keyworth Stadium stands as the embodiment of authentic, community-driven soccer. On March 21, the club will begin the next chapter in when Le Rouge host their first ever professional home match against another community-minded club in the Oakland Roots.