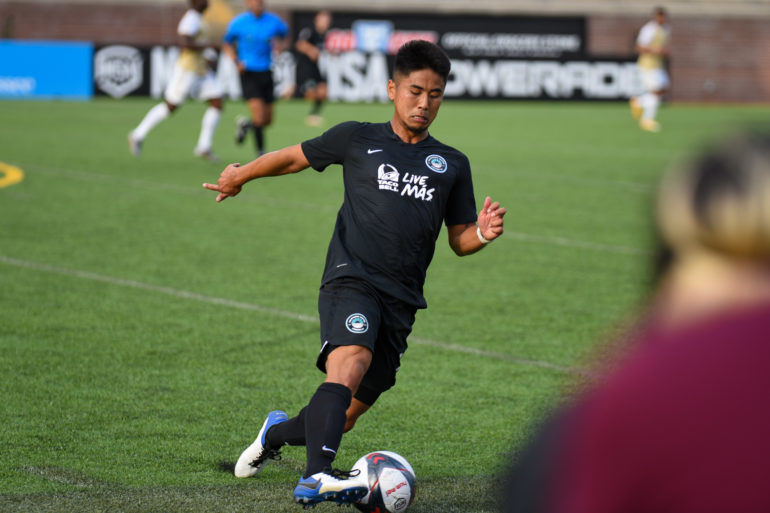 The distance from Kobe, Japan, to Irvine, Calif., is 9,262 kilometers. In imperial units that’s just over 5,755 miles – a measure so great as to be nearly abstract. The average person can hardly visualize 10 miles; 5,755 miles is close to being rendered without meaning in its expanse.

That is, unless you’re Shinya Kadono. Despite moving nearly 6,000 miles at age seven, the understanding he was met with on the other side made a world of difference for a smooth landing.

“I was able to adapt to the environment quicker…because I was surrounded by a lot of Asian children who were also first generation immigrants like me,” he recalls.

This left a lasting impression on Kadono, and it informed much of the man he’s become. He knows that transitioning to life in the United States would have been much harder if those around him hadn’t understood him and his culture, and he’s made it part of his personal mission to extend that same hand to others.

When Kadono sees an opportunity to reach out, he seizes it. Take, for example, his decision to join the NISA Equity Committee in April of this year.

“I thought that having an actual Asian immigrant on the committee would mean something for Asian players,” Kadono explains. “I thought that I could represent them pretty well, now that I’ve been living in the US for a while now.”

Kadono hopes to use his position to destroy the cultural misunderstandings he believes lead to intolerance. Many of these misunderstandings are ones that he’s had personal experience with and are unfortunately all too common for Asian athletes in general.

Kadono recalls how coaches and teammates immediately assumed he was smart and good at math – damaging stereotypes that make it that much harder to be recognized on the basis of skill.

Kadono’s outreach efforts haven’t stopped at joining the Equity Committee. He’s taken his commitment a step further by taking advantage of social media to advance the messages important to him.

“Professionalism is important,” he explains. “Lots of kids look up to professional players like me, so I want to stay a role model and keep inspiring them.”

In 2020 Kadono created a YouTube channel and TikTok account, both of which he’ll use to talk about anything and everything related to being a professional athlete.

“It’s not only about teaching drills, but also about staying professional,” Kadono says.

For example, Kadono often posts vlogs – videos that focus on his life between matches, and show how he conducts himself in a professional manner.

In his efforts, Kadono actively fosters an environment of positivity and equality everywhere he goes. He’s a man who knows the problems a lack of diversity and cultural understanding can lead to, and – much like the Pacific Ocean – he’s willing to be the one to cross that divide.