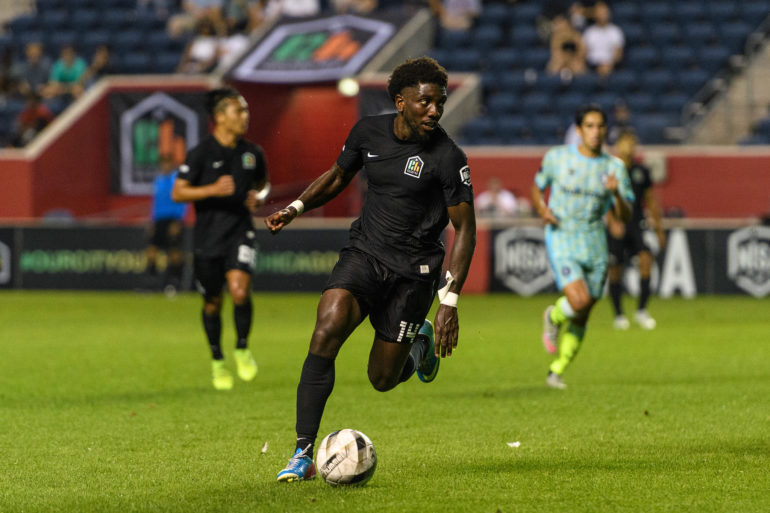 “I went to Butler, which is a PWI,” he says. “That is, a ‘primarily white institution.’ I was one of a handful of black people even attending the school, to begin with…I was often the only black student in many classes.”

The shock came from the many things Smith heard in these majority white classes – things that revealed just how misinformed his more privileged peers truly were.

“You’d hear people’s opinions and beliefs, and it just amazed me,” he says. “It amazed me how closed-minded people’s thoughts were, and how much they thought they knew about things they knew nothing about.”

Smith saw white students regurgitating the biased view on people of color that media sources had fed them. This was a state of affairs Smith was already intimately familiar with. You see, Smith wasn’t just double majoring in sociology and criminology, but he also was from a part of Chicago extremely affected by mindsets just like the ones he encountered at Butler.

Prejudice exists all around us. Whether we like it or not, this is a world built on hierarchy. Minority communities have historically been shoved to the side, their communities torn asunder by a lack of access to the social services and economic opportunities ever-present in other communities.

Smith has also been in the uncommon position of playing soccer extensively overseas, and witnessing first hand how people of color are treated not just in the United States, but all over the world. Smith has been called upon to play for teams as far away as Spain and Sweden. Unfortunately, he found that people of color will often face even worse treatment across the ocean. He recalls one particularly bad incident when he was playing in Spain.

“I was taking a corner kick, and fans were yelling slurs,” Smith says. “At some point during the game, someone threw a banana on the field.”

Smith continued, recalling that one of his African-English teammates simply picked up the banana, ate it, and kept playing.

Smith wasn’t exactly shocked by the racially-driven incidents he experienced. His studies at Butler informed him greatly about the pitfalls of cultural misunderstanding – misunderstandings that can become greatly exacerbated in ethnically homogenous societies like Sweden. Even a fairly diverse country such as Spain, with it’s history of Moorish rule, still suffers from these social ills.

This is perhaps best exemplified by the conversations Smith has had with a young Ethiopian boy who lives in Sweden. He’s kept in contact with him since his time playing there, and the boy will often tell Smith of the racial injustices he will personally experience on a day to day basis.

“He was 10 years old when I went there,” Smith says. “He’s treated poorly at school, and even though he’s one of the better soccer players there his coaches wont play him.”

Even after facing such vicious hate, Smith has been able to see through to what our society could look like. His understanding of the socio-economic factors that lead to prejudice have given him a drive to change the world we live in. Smith has had the help of his club which has had a heavy focus on social awareness since their inception earlier this year.

Smith has also taken this mindset out of the stadium, participating many times in outreach programs set up by Chicago House.

For Smith, it’s not just helping the community where he plays, but the city that raised him to be the man he’s become. Smith has a personal investment in creating a Chicago where all have equal access to opportunity – a city driven not by hate, but by understanding and a shared common goal.

As for his future, Smith thinks he may use his degrees but he’s unsure as to what he wants to do. One thing he does know – he wants to continue to help the city he loves continue to evolve and grow.