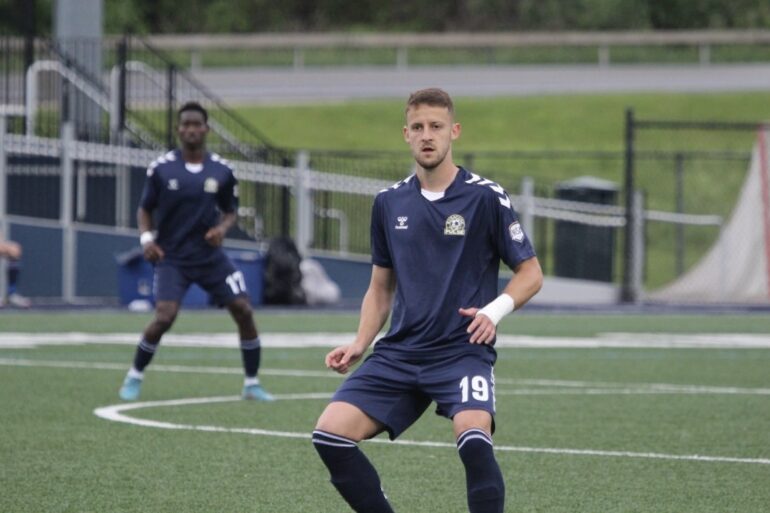 When Alexander Satrustegui was three years old, his family uprooted their lives in his birthplace of San Sebastian, Spain, and moved to his father’s hometown of Pamplona – a city 80 kilometers inland from the port town. It was an important moment in Satrustegui’s life, for Pamplona was the place where he truly fell in love with the sport of soccer.

“I started playing soccer [in Pamplona] at a really young age,” he explains. “First for my school, then, when I was 10 years old, CA Osasuna, the academy for the Pamplona La Liga team.”

Satrustegui proved to be a skillful soccer player from the very beginning, and that really didn’t come as a surprise to most. After all, his father is Spanish soccer legend Jesus Maria Satrustegui. Ironically, the only person this truly was a shock to was Satrustegui himself.

“My parents, when I was a kid, didn’t want to tell me my father was such a legend here in Spain. They didn’t want me to be influenced, like I had to play soccer,” he recalls. “I found out at school.”

Once he knew just who his father was, it made the connection they shared through soccer even stronger.

“He always watched my games, and we would talk afterwards on things I did well and things I had to work on,” he says of his father. “I have always seen my dad as a role model, and his career has been so inspiring for me.”

By the time Satrustegui learned who his father was, he had already developed a deep love for the sport on his own. It’s a love he’s retained to this day, and one strong enough to propel him into a soccer career thousands of miles from where he grew up.

Satrustegui first played for CA Osasuna, where he would spend ages 10 to 22 playing. He spent three years with the B team and was even able to participate in preseason games for the A team. He then moved to Deportivo Calahorra for a year, an experience he fondly remembers.

“I absolutely loved it there,” he says. “The city was so passionate about their team and we had great fans. They followed us everywhere – home and away games. It was a wonderful spirit.”

After his time at Calahorra, Satrustegui knew he wanted something different. That was when he made the decision to come to the United States. He transferred to Southern New Hampshire University and spent two years studying and playing soccer for them.

“My experience at SNHU brought so many positive things to my life – on and off the field,” he says. “I had the opportunity to be part of a program that made me feel at home from day one.”

Satrustegui especially loved the opportunity to play with coaches and teammates from all around the world.

By the time two years had passed and it came time for graduation, he had decided to stay in the United States.

“One of the great things about coming [to the United States] was that I was able to do both things. I was able to graduate and I was able to play soccer,” he explains. “I loved the experience.”

After graduation, he has found a home in NISA, playing first for Michigan Stars FC and now as a striker for Syracuse Pulse. As one of the league’s foremost strikers, he has made a name for himself on his high level of play and innate soccer IQ. In the future he hopes to continue playing for as long as he can, before eventually moving into the coaching side of things.

“I am very passionate about the game and I want to be a part of it forever,” he explains. “I am fortunate to have had great coaches and teammates, and I would like to pass on that experience.

“It is incredible that I am able to fulfill my lifelong dream of playing soccer,” he says. “Every kid in Spain – no, every kid in Europe wants to be a soccer player.”